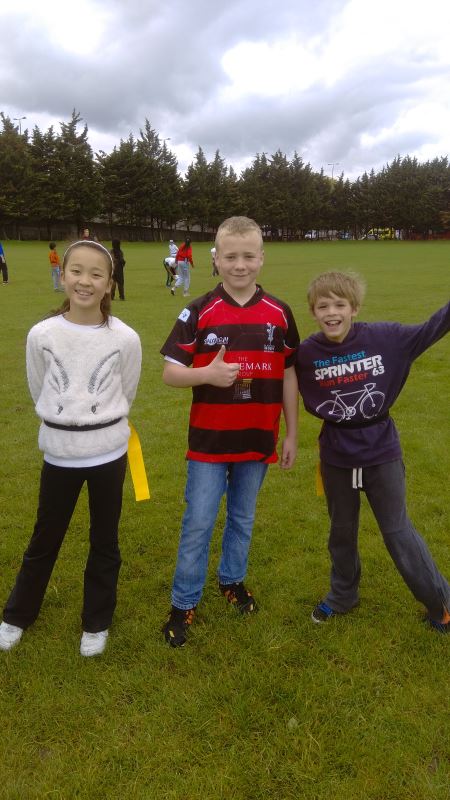 On Thursday 22nd October, we trialed our first inter schools competition for the schools in our partnership: Brooklands, Millennium and Timbercroft. So, 150 year 6s got to compete in a World Cup Style Competition. Our aim is for all children from year 1 to 6 will get the opportunity to compete in these style tournaments throughout 2014/15. We will include as many sports as possible. Hopefully this will help stop embarrassing losses to the Aussies in future world cups and tragic defeats to Wales, as our children will be used to this format of tournaments. 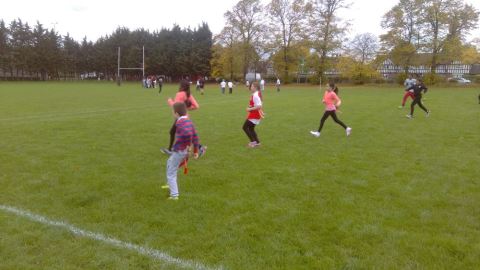 Year 6 children from Brooklands, Millennium and Timbercroft primary schools took part in a Tag Rugby Festival at Blackheath Rugby FC. The children were inspired by the rugby World Cup 2015 and having learnt tag rugby skills in their PE lessons competed in a partnership tournament. Students from the Blackheath Rugby Academy ran coaching sessions and refereed on the day. Many of the skills the children had been practising were demonstrated throughout the tournament. There was some excellent passing, running and tackling. The core values of rugby - teamwork, respect, enjoyment and discipline - were there for all to see, culminating in a Fair Play award being won by a team from Millennium School. 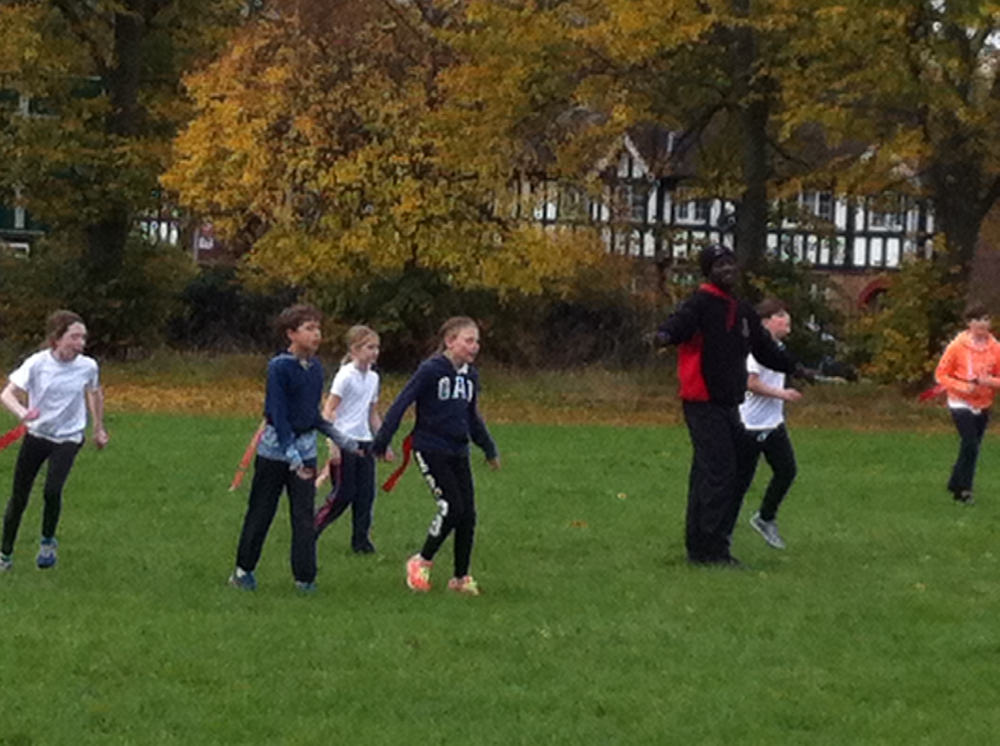 During the day, whilst there were gaps in play, the children also practiced their skills in coaching sessions.

Cara keeping track of the scores below 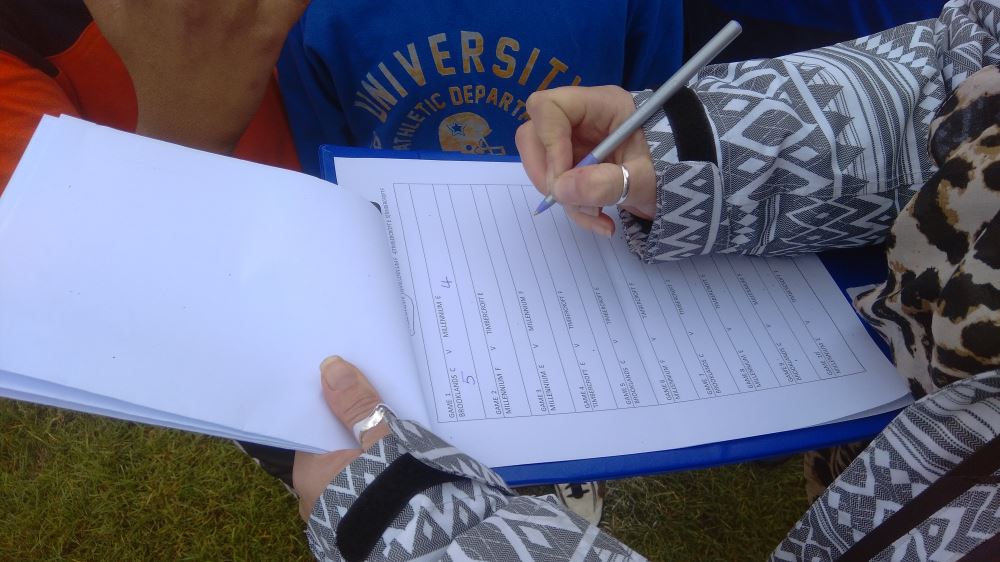 Congratulations to the team from Timbercroft for winning our first ever event.